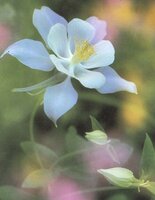 Betty went to be with her savior on Monday September 6, 2021 two days after her 95th birthday.  She was at Canby Hopevillage and the last few weeks under hospice care.

Betty was born September 4, 1926 in Demoines, Iowa, to James Leroy Brown and Lois Calhoun.  Betty had six siblings, five sisters and one brother.

During the depression of 1937-1938, various family members formed a three car caravan and made their journey to Oregon, where Betty's family settled in Boring, Oregon.  During her younger years she did farm labor cutting broccoli, rhubarb, working in hop fields and berry fields.

On October 28, 1950 she married Alfred Louis Weber. They lived in Arcata, California, and later Park Place, Oregon, then settling in Molalla, Oregon.

She was a homemaker but enjoyed picking berries at Crest View Farms and picking beans at Russels Farm.  She worked a short time at Weyerhaeuser Tree Farm and Molalla Manor as a kitchen helper.

She is survived by her daughter Susan Layman of Woodvillage, Oregon; her son Al Weber of Molalla; her sisters Sandra Young of Boise, Idaho, Georgia Stockman of Halfmoon Bay, California;  Kathlene Looney of Portland, and several nieces and nephews.

Interment is at Willamette National Cemetery in Portland, Oregon on September 29th at 11:00am.  A viewing will be on Monday, September 13th from 3:00 to 7:00pm.

Canby Funeral Chapel is in charge of arrangements.