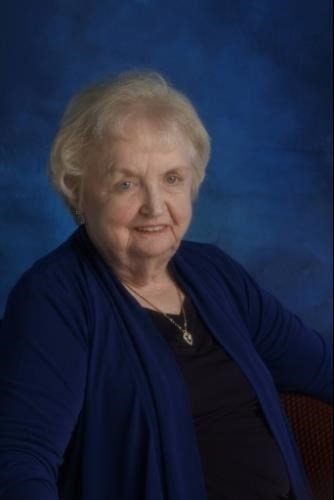 Annabell Theresa (Shofding) Jorgens
Feb. 21, 1931 - July 19, 2021
Ann passed while living in Tigard, Ore., at the wonderful age of 90. Born in 1931 of Danish immigrants, she was one of three children raised in N.E. Portland and graduated from Jefferson High School. Ann was well known in the Portland design and construction communities during the 1950's through 70's.
Ann met Fritz Jorgens professionally during those years, but it wasn't until Fritz lost his wife to cancer that they agreed to date then marry in 1962 creating a family with Fritz and his teen son. Soon after, they started a successful commercial construction company which continued until their retirement in 1985. In 1974 they moved to outside of Canby, Ore., to a 40 acre farm where they grew hazelnuts and raised llamas and goats. They both loved the solitude and solace of the countryside.
She adored Mother's Weekends at Oregon State and became an honorary Beaver-for-Life.
Ann was a dear friend to many and a caregiver at heart. She lost her father at age 13 and began working to help support her mother. Throughout her life, she cared for mothers and friends as they aged and passed. Always a wry wit and kind word, she was loved by many.
As her family grew, she enjoyed every precious moment. Known as Grammy to her great-grandchildren, she doted on them often.
She lost Fritz early in 1995 and cherished their wonderful marriage. Ann was one to "mate for life" and never remarried. She is survived by her son, Bill (Judi) Jorgens; grandson, Chris (Theresa) Jorgens and his son Peter; and granddaughter, Stephanie (Derek) Wade and their children Oliver, Riley Ann, Dylan, Elle and Abby. She is also survived by her niece, Sherrill Lincoln (Portland)
Ann's funeral will be at 1 p.m., Aug. 12, at Canby Funeral Chapel where she will be reunited with Fritz at Zion Cemetery.
Ann lived a wonderful life and for that we are eternally grateful for her spirit, love and kindness.

To send flowers to the family or plant a tree in memory of Annabell Jorgens, please visit Tribute Store
Thursday
12
August

Share Your Memory of
Annabell
Upload Your Memory View All Memories
Be the first to upload a memory!
Share A Memory
Send Flowers