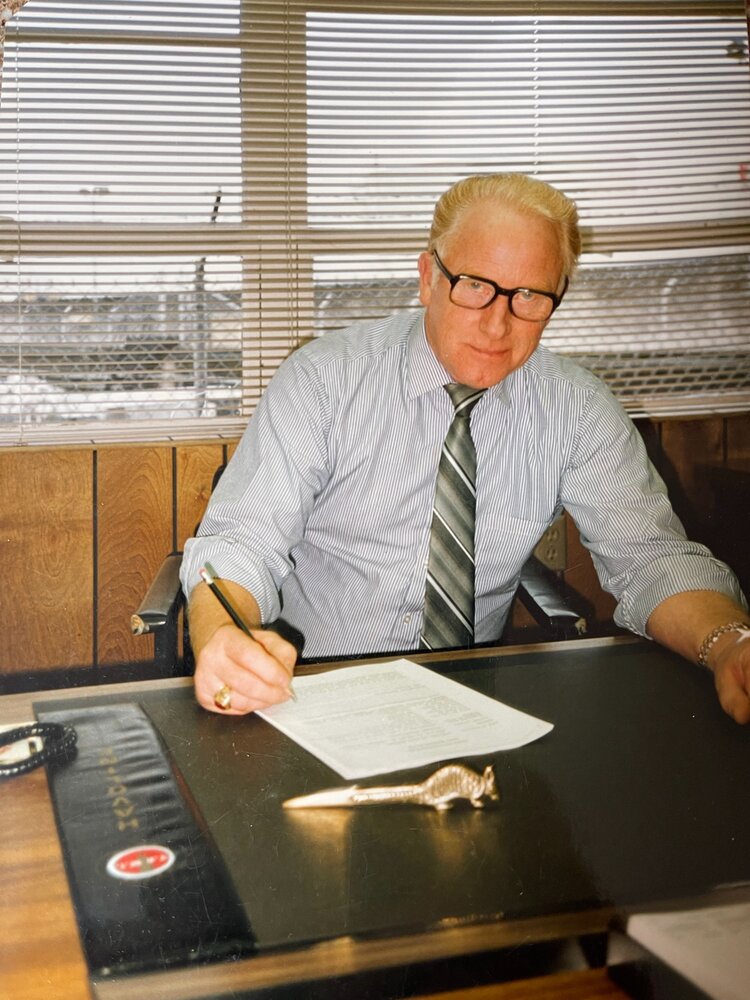 Darel Harvey Mack passed away Saturday, August 28, 2021 at home in Milwaukie, born January 27, 1934 to Hilton C. Mack and Miriam (Webb) Mack.  He was raised in Jennings Lodge and has family roots throughout Clackamas County and the Canby area.  Darel graduated from Milwaukie High School in 1952 and attended Portland State University.  He served in the Navy during the Korean war on the USS Mt. McKinley.  Darel worked for Standard Oil as a gas jockey, then moved over to Texaco as a fuel truck driver, then terminal dispatcher and retired as Assistant Plant Manager, having served Texaco for 27 years.

Darel's many interests included being active in Canby Historical Society, Chevron/Texaco Retirement Association, Gateway Elks, Oregon Rail Heritage, PNWC-NRHS, SPH&TS, TTOS, and USS Mt. McKinley Association.  A man of many talents, Darel spent his free time building his dream home at Fall River.  Darel and his wife hosted for many years a Fall River annual weekend with friends and family that was thoroughly enjoyed by all.  Hunting and fishing with his friends over the years was also a highlight for Darel.  His vegetable garden was legendary along with his wood-working skills.  His love of trains lasted from childhood throughout his life.  Many train trips were enjoyed by both Darel and Diana over the years.

Survivors include his wife of 52 years, Diana, and children, Ginger Mack, Jan Mack, Bob Mack and Sherry Krause, and the many grandchildren and great grandchildren.

A graveside service will be held at 11 am, Saturday, September 18, 2021 at Zion Memorial Cemetery in Canby, Oregon.  Following the service, a celebration of life will be held at the family home.

In lieu of flowers, donations in his memory may be made to Kindred Hospice.

To send flowers to the family or plant a tree in memory of Darel Mack, please visit Tribute Store
Saturday
18
September

Following the graveside a Celebration of Life Memorial will be held at the family home.

Share Your Memory of
Darel
Upload Your Memory View All Memories
Be the first to upload a memory!
Share A Memory
Send Flowers