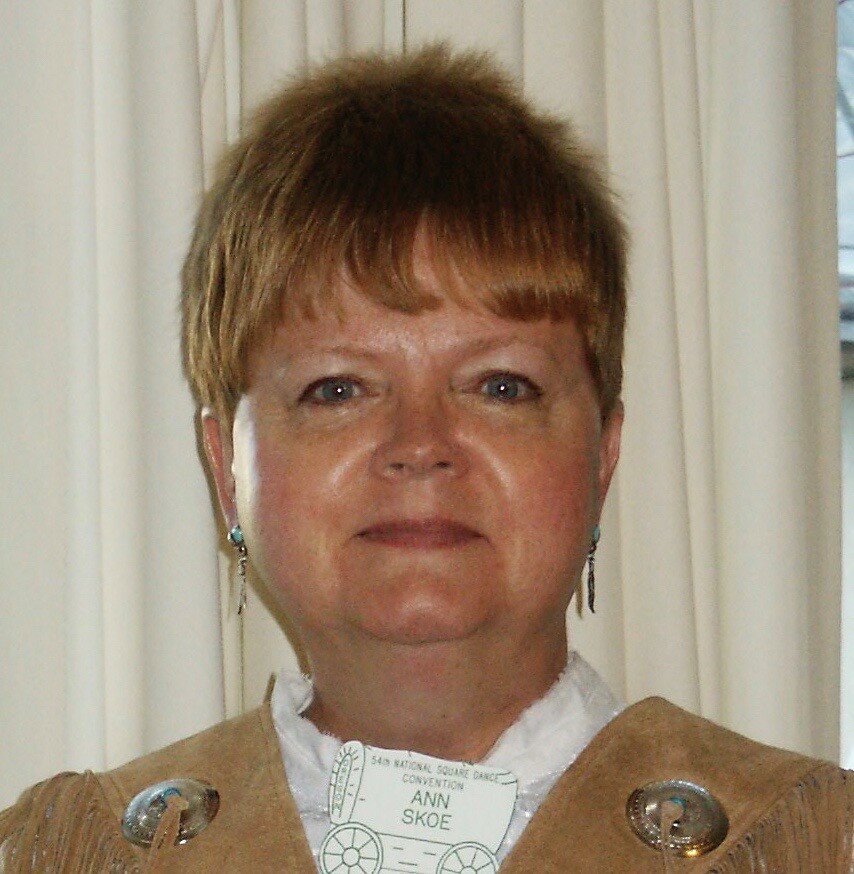 Ann Louise Skoe, age 76, was called home to be with the Lord August 31.  Ann was born to Thomas J. and Virginia (Walker) Sweeney in Rockland, Maine, a city that always held a special place in Ann’s heart.   In addition to Rockland, Ann’s early years were spent in New Orleans, LA, Texas City, TX, and Bellevue, WA before her family moved to Tigard, OR where she graduated from Tigard High School in 1962.

Ann married Darcy Frederick in 1963, and they had two children, Jason John Frederick and Andrea Jean (Frederick) Wachowski.  Following her divorce from Darcy, Ann married Roger Skoe in 1975 in Salem, OR.   Ann very much appreciated the fact that she and Roger always remained good friends with Darcy and his wife Kathy as they shared parenting responsibilities for their children.

Ann was active in the women’s movement for equal rights and was proud to have attended the National Women’s Conference in Houston in 1977.

Ann was always open to new adventures, and was excited about the opportunity to move to Alaska in 1984 when Roger’s employment resulted in relocation to Juneau.  In Alaska, Ann worked as a Research Analyst for the Alaska Department of Transportation and Public Facilities.  Ann retired from that position when she and Roger relocated to Canby, Oregon in 1998.  In her “retirement” Ann drove a school bus for a number of years “to help support her hobbies.”

She always was learning new skills, and then passing those skills on to others.  After taking clogging dance lessons, Ann found herself teaching clogging at the Canby Adult Center.  After Ann’s health made her dependent upon the use of canes or a walker for support, Ann continued clogging and line dancing until recently, which contributed to one of her nicknames, that of “Two-Cane Annie.”  Ann was known for her sense of humor and creating smiles on the faces of those around her.

As Ann’s physical health resulted in more limitations of her mobility, she still kept her mind active with a variety of word games and puzzles, and was always “creating,” whether it was assembling “scrap rolls” for the church quilters, or knitting.  (The more complicated the knitting project, the better she liked it).  The knitting projects more often than not, were projects that were to be donated.

Ann also loved a good garage sale and shopping at Goodwill/Thrift stores, as she was always on the lookout for yarn to add to her “stash.”  On trips out of town, a stop at the local thrift store was usually high on her agenda.

Ann died peacefully August 31 at her home in Canby from the effects of a tumor in her spinal cord for which treatment was no longer effective.

Contributions in Ann’s memory may be made to Zoar Lutheran Church, Canby Adult Center, The Canby Center, OHSU’s War on Melanoma, or a charity of your choice.

Ann’s family would like to express our appreciation to the Canby Funeral Chapel for the extra effort they provided following Ann’s passing to accommodate a special request of the family.

To send flowers to the family or plant a tree in memory of Ann Skoe, please visit Tribute Store
Saturday
9
October

Share Your Memory of
Ann
Upload Your Memory View All Memories
Be the first to upload a memory!
Share A Memory
Send Flowers