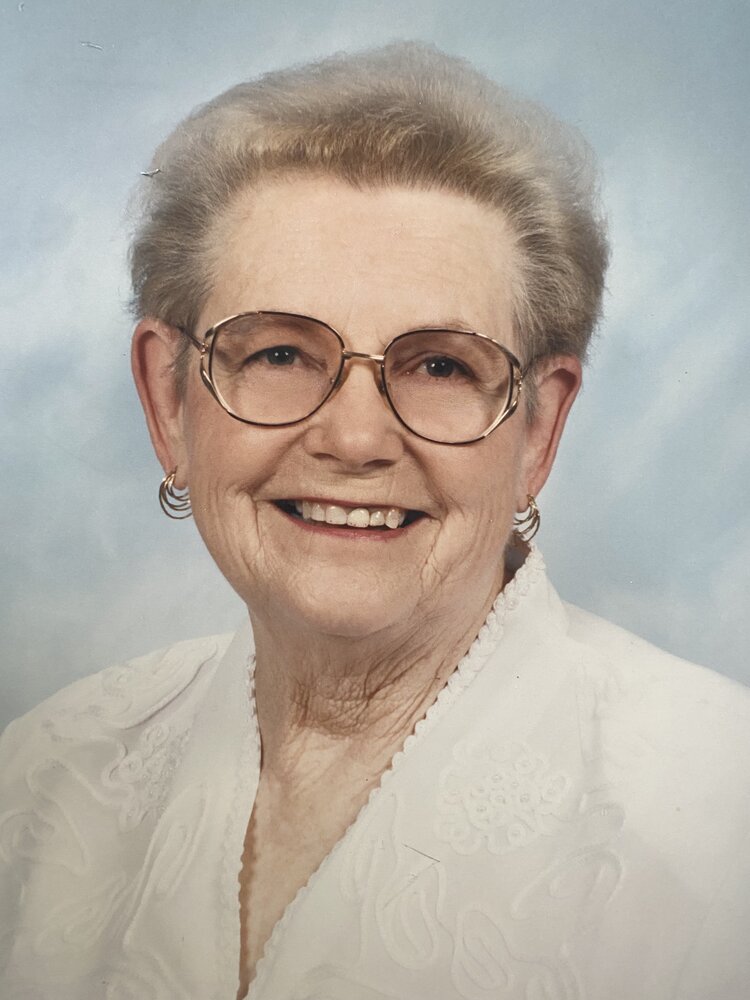 Rosalie Mae Jackson was born in Spokane, WA to William C. Piper and Hazel R. (Clark).  She met John at a church service and they were married in June of 1946.  Moving to Oregon City, they purchased their first home in 1951.  The house was a 2 story fixer-upper on 1 ¾ acres.  She lived here for about 2 years and then they purchased a 20 acre farm in Beavercreek.   In 1959,   another move to a 50 acre farm in Carus.  She lived here until the move to St. Paul on a 120+ acre farm, where they resided for about 20 years.  The next move took them to a smaller farm just outside of Canby, about 5 acres, and finally a move to Canby 3 blocks from her son Larry.

When she moved to Canby, they joined the New Life Foursquare Church.

Rosalie was preceded in death by her daughter, Diana Hansen and her husband of 70 years John T. Jackson.

She is survived by her 4 children, John Jr., Cindy, Larry, and Eric.  Her 5 grandchildren, Stephanie, Justin, Nicole, Joel and JT, along with her 4 great grandchildren, Drew, Bryce, Ava and Anthony.

Please join us for a celebration of life on October 23rd, at 1:00 at the New Life Foursquare Church in Canby OR.

To send flowers to the family or plant a tree in memory of Rosalie Jackson, please visit Tribute Store
Saturday
23
October

Share Your Memory of
Rosalie
Upload Your Memory View All Memories
Be the first to upload a memory!
Share A Memory
Send Flowers