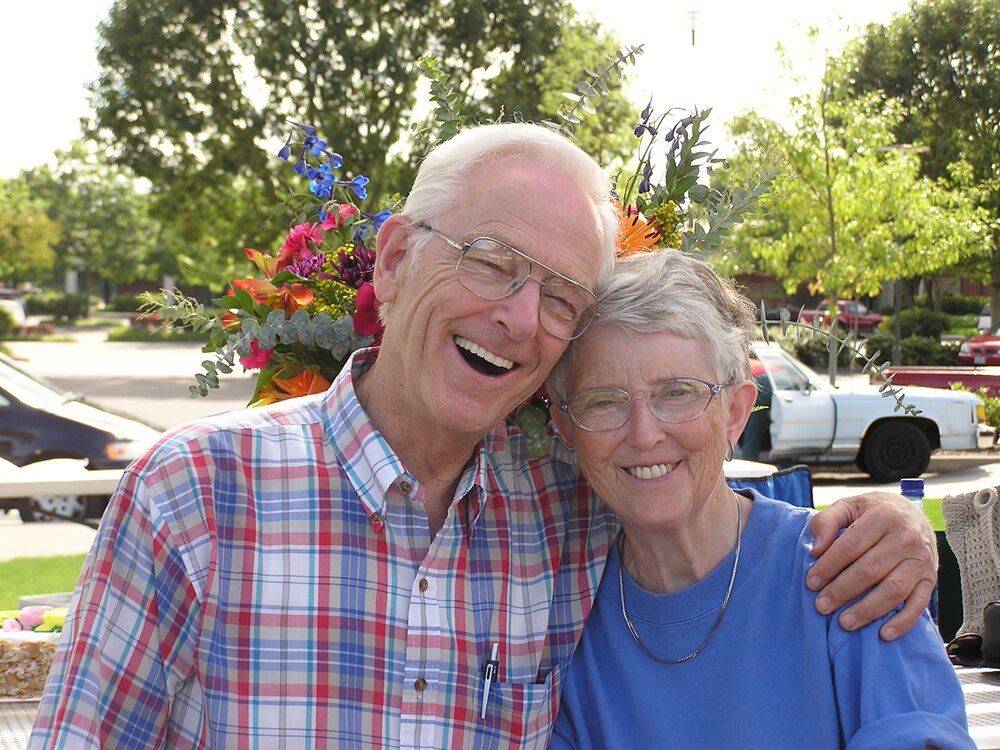 Steve was born in the family farm house in Laurel, Oregon and spent his childhood in the Hillsboro area, helping his family with the farm. He attended Laurelview and Laurel schools, each a one-room grade school, and graduated from Hillsboro Union High School in 1949. He graduated from Cascade College (1953) and Western Evangelical Seminary (1958).

During college Steve met his future wife, Donna Marie Maxwell from McMinnville, OR. They were married in 1955 and together they lived a life of faithful service to God. Pastor Steve and Donna served as a pastoral couple starting in the Evangelical United Brethren churches in Kinton, Oregon (1956-59), then Dallas (1959-64) and finally to Roseburg (1964-71), where the church became part of the Evangelical Free Church. They then served in the Harper EFC in Southworth, WA (1971-79), and then Southwood Park EFC in Portland (1980-86). Steve felt called to be the superintendent for the newly formed Northern Mountain District of the Evangelical Free Church in 1986, residing in Missoula Montana with Donna through 1995. In the summer of 1993, however, Steve and Donna began a new ministry as EFC missionaries to Mongolia, eventually returning to Mongolia for a long term mission from 1995 until 1999. Both Steve and Donna were deeply loved by the Mongol people (grey hair made them “honored”), sharing the gospel of Christ through English classes and basketball camps for children. Upon their return from Mongolia Steve and Donna lived in Missoula, MT and Spokane, WA before returning to Oregon in 2003 as visitation pastors at Bethany Evangelical Church in Canby, where they settled into the last years of their lives near their family. Steve and Donna raised four children while mentoring many young people through the church and at their home, including very significant and meaningful years with Jacque and Michael-Jaye Isome. Pastor Steve dedicated his life to preaching the gospel of Jesus Christ and equipping people to walk a walk of faith in God. “I pray for you every day by name” he was known to say to friends and family, especially in his last years. Steve loved his family, enjoying many camping trips when the kids were young. Steve’s idea of a great family vacation was driving across country and back in the family VW van to attend a church conference in Pennsylvania for the bicentennial in 1976!  He was very proud of each one of his kids, grandkids and great grandkids. He was deeply loved and will be missed.

Steve was preceded in death by his older brothers, John and Ted, and his wife, Donna. He is survived by his sister, Jean Hall; his four children, Don (Robyn), Mike, Lynda (Scott) and Terri (Randy); Jacque and Michael-Jaye; along with grandchildren and great-granddaughters.

Here is a livestream Link: https://youtu.be/_pQuz1YguX8

To send flowers to the family or plant a tree in memory of Steve Watkins, please visit Tribute Store
Saturday
26
March

Here is link for the livestream: https://youtu.be/_pQuz1YguX8

Share Your Memory of
Steve
Upload Your Memory View All Memories
Be the first to upload a memory!
Share A Memory
Send Flowers