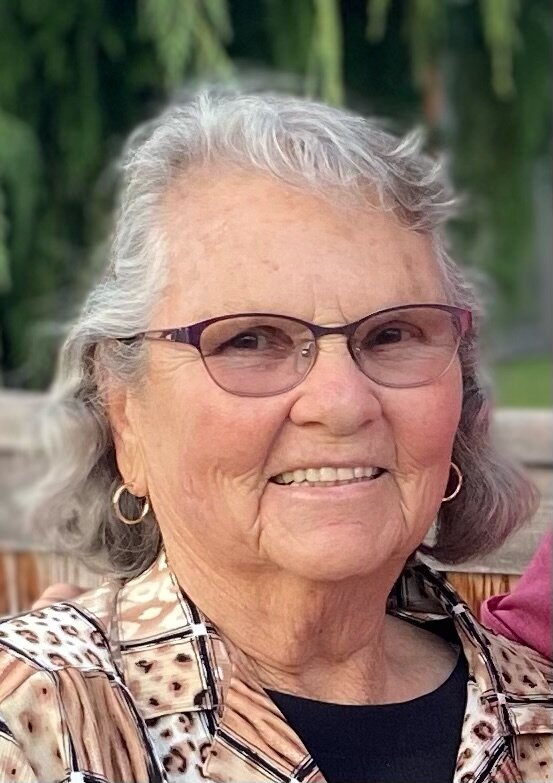 Patricia passed away unexpectedly at Salem Hospital.  She was 88.Patricia was born in Palmer, Nebraska to Orville C. Adams and Bessie E. Adams (Hiett) At an early age her family moved to Oregon.  She graduated from West Linn High School in 1951.Patricia married Norman E. Kraxberger on August 16, 1953. (He preceded her in death)They lived in the Macksburg/Canby area until 1999, when they moved to Woodburn.

Patricia worked at Meier and Frank out of high school.  After the kids were all in school, she worked many years as a cook in the Canby school district.Patricia enjoyed time with her family and attending services at Macksburg Lutheran Church.  She enjoyed tending to her garden and loved the roses in her yard.Patricia enjoyed travelling.  She visited Glacier National Park in 2016 with her son Dean and Italy-Greece in 2018 with her daughter Diane and granddaughter Sara.Pat was a thoughtful and warm mother, grandmother and friend.  She remembered birthdays and anniversaries.  She reached out to family and friends during hard times.  She kept them in her prayers.Mom was the rock and center of our family.  She will be greatly missed by all that knew her.

To send flowers to the family or plant a tree in memory of Patricia Kraxberger, please visit Tribute Store
Saturday
8
January

Share Your Memory of
Patricia
Upload Your Memory View All Memories
Be the first to upload a memory!
Share A Memory
Send Flowers