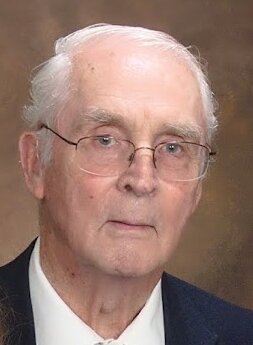 David G. Adams at the age of 88 passed away on the morning of January 4th, 2022. In the hospital from complications sustained after a bad fall and a hip replacement surgery.

Dave was born in the city of Buffalo, New York in the year of 1933 to Albert and Edith Adams. Dave’s early years were fairly difficult, attending thirteen high schools and still graduating on time. Post-depression years his father was a traveling construction worker going where ever the work was. A year or two after graduating high school Dave enlisted into the Army where he was a para-trooper with the 101st Airborne Division (The Screaming Eagles). After attaining the rank of Staff Sergeant he got out of the service.  A few years later he met and Marylou and were married on December 24th 1956. Shortly after their marriage he started school at Michigan State where he earned a double Masters in Agriculture and Horticulture. They then moved to South Dakota where he taught at South Dakota State University for 7 years. A position was offered to him from Oregon State University and he took it moving once again to Corvallis Oregon where he earned his P.H.D in Agriculture and working for the OSU extension service.

In his early years working for the Extension Service, along with collaboration from co-workers he started the Ornamentals Northwest Seminars.  In time he became the General Manager of what is now known as the Farwest Show the largest agriculture/horticulture show in Oregon.  In 1998 he was inducted into the OAN (Oregon association of Nurserymen) hall of fame. Later in his career he sub-contracted to such nonprofit organizations such as ACDI/VOCA, CNFA farmer to farmer, Winrock international and Land O Lakes Inc. serving as a volunteer. All in all he went on over 70 trips to 16 different countries working with and passing on his knowledge of agriculture to nurserymen in developing countries.

Besides spending time with his family, Dave enjoyed working on his farm.  With the occasional camping trip where he could be found fly fishing in a nearby stream. He was always steadfast in his religion of the LDS church where he has always been deeply embedded. Along with church came a great passion for genealogy. He was able to trace his family lineage back to the mid-18th century.  At the time of his death Dave and Marylou had just celebrated their 66th wedding anniversary.  Dave is survived by his loving wife and four children ten grandchildren and ten great grandchildren. His family and friends would like to extend an invitation to celebrate his life to all that knew him.

In lieu of flowers please plant a tree in memory of Dave or make a donations to any of the following:

or mail check to:

The Church of Jesus Christ of Latter-Day Saints

In the memo section of your check please write: "in memory of David Adams Ornamental/Vegetable Student Training Program

To send flowers to the family or plant a tree in memory of David Adams, please visit Tribute Store
Saturday
15
January