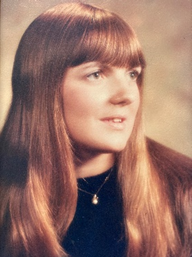 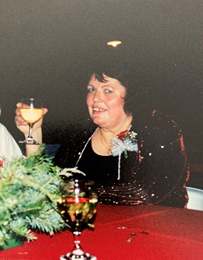 Colleen McEachran peacefully passed away at the age of 69 on January 23 at her home in rural Molalla, Oregon. Colleen Louisa Walch was born in Oregon City, Oregon on December 27, 1952 to Laurence F. (Fritz) and Marjorie Jo Walch. A resident of the Molalla area most of her life, Colleen grew up on the Walch family farm located in the Eby district of Molalla where her father Laurence and grandfather Louis owned and operated L and L Walch logging company. Colleen attended The Eby School from 1959 – 1962 along with her sister Carol and several cousins in the one room school house until it closed in 1962. She then attended Rural Dell Grade School and graduated from Molalla Union High School in 1971.

As a young girl Colleen loved to ride horses with her sister Carol. It was not unusual to find them visiting neighbors on horseback or riding to the Molalla River to swim for the day. Many days the two sisters would spend time with their grandmother Bertha Walch playing with dolls and having milk and noodle soup for lunch.

In 1968, she met Mark McEachran, who had moved with his father to Molalla from Clackamas. Colleen and Mark attended a few classes together in high school and began dating in early 1969. They were married in 1971 after Mark entered the U.S. Navy and in the years following welcomed the births of two sons, Nathan and Mark. In 2021 Colleen and Mark celebrated their 50th wedding anniversary.

In the late 1970’s after eight years with the U.S. Navy, Colleen and her family settled in the Molalla area. In 1981 she registered at Clackamas Community College and graduated in 1983 with a degree in Practical Nursing. She worked at a local medical clinic in Molalla for several years and in 1992 began her second career as an Instructional Assistant for the Molalla School District.

She loved watching and participating in her sons’ school activities, sports and academia and was always on hand nurturing and guiding them from pre-school to college graduation and beyond. This love of family continued with her grandsons as she became a fulltime grandma taking care of them as toddlers while her son Nathan and wife JoAnn both worked.

Colleen had a natural talent for painting with oil, pastels, colors and chalk. Many friends and family members would seek her advice on decorating schemes, landscaping and other decor. She enjoyed making quilts, sewing and putting patchwork patterns together from scratch and had an eye for great garage sale finds. From early spring to fall would find her searching web sites for sales that sparked her interest.

Colleen retired in 2007 and devoted herself to her family and friends and her passion for gardening, entertaining and annual trips to Palm Springs soaking up the sun and reading a good book by the pool. She thoroughly enjoyed making huge family dinners for the holidays of Easter, Thanksgiving and Christmas where there was usually 15 to 20 guests. During the Fourth of July she opened her home in celebration of our nations’ independence which would attract up to 80 guests on the property. Her warm and loving heart was felt by all who knew her and she was a rock that held her family and friends together in good times and bad.

Colleen was preceded in death by her mother and is survived by her husband, sons Nathan (JoAnn) and Mark (Leslie), grandsons, Evan and Carson, father Laurence Walch, sister Carol (Robert) Fair, brother Laurence “Sam” Jr. nieces Jennifer Fair (Brent) Potts, and Jacki Fair (Andy) Findlay, two grandnieces and five grandnephews. She will be greatly missed by all who knew her and loved her.

A celebration of life will be held in July 2022. In lieu of flowers, the family asks to make donations in her name to the St. Jude Children’s Research Hospital.

Share Your Memory of
Colleen
Upload Your Memory View All Memories
Be the first to upload a memory!
Share A Memory
Send Flowers