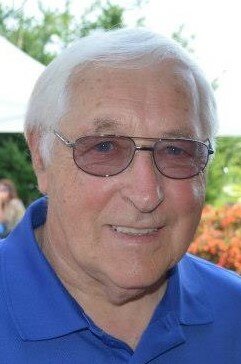 Floyd was born in Creston, Montana on August 14th 1932 to Frank and Lena Lapp. He was the youngest of 11 children and raised on his parents farm in Columbia Falls, Montana. He worked on the family farm and at a local saw mill as a young man.  Floyd attended Hesston College where he met the love of his life; Claudia Kropf. They were united in marriage on June 6, 1954 at Zion Mennonite Church in Hubbard, OR. They were blessed with four children, Douglas, Randal, Scott and Kristine.

Floyd and Claudia lived in Goshen, Indiana for a few years where Floyd attended Goshen College to complete his bachelor’s degree in education. He also earned his master’s degree at University of Oregon. Floyd and Claudia settled in Molalla, Oregon. They owned a small farm where they continued to raise their children along with sheep. Floyd worked as a teacher, principal and superintendent of 91 school in Hubbard, Oregon for over 30 years. Education was a very important part of Floyd’s life.

Floyd was an avid fisherman and storyteller. He also enjoyed collecting Native American artifacts, marbles and rock tumbling. Mostly he enjoyed spending time with his family and friends as much as he could. His love for the Lord was very evident in his life. He was actively involved at Zion Mennonite Church. He truly was a disciple of Christ and always shared the word of the Lord with others.

Memorial service in honor of Floyd will be held at Zion Mennonite Church in Hubbard, Oregon on Friday, April 29th at 11am. Light lunch to follow service.

To send flowers to the family or plant a tree in memory of Floyd Lapp, please visit Tribute Store
Friday
29
April

Share Your Memory of
Floyd
Upload Your Memory View All Memories
Be the first to upload a memory!
Share A Memory
Send Flowers