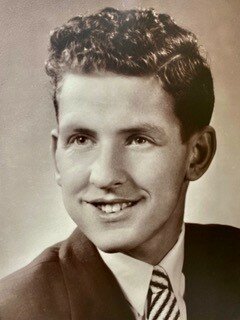 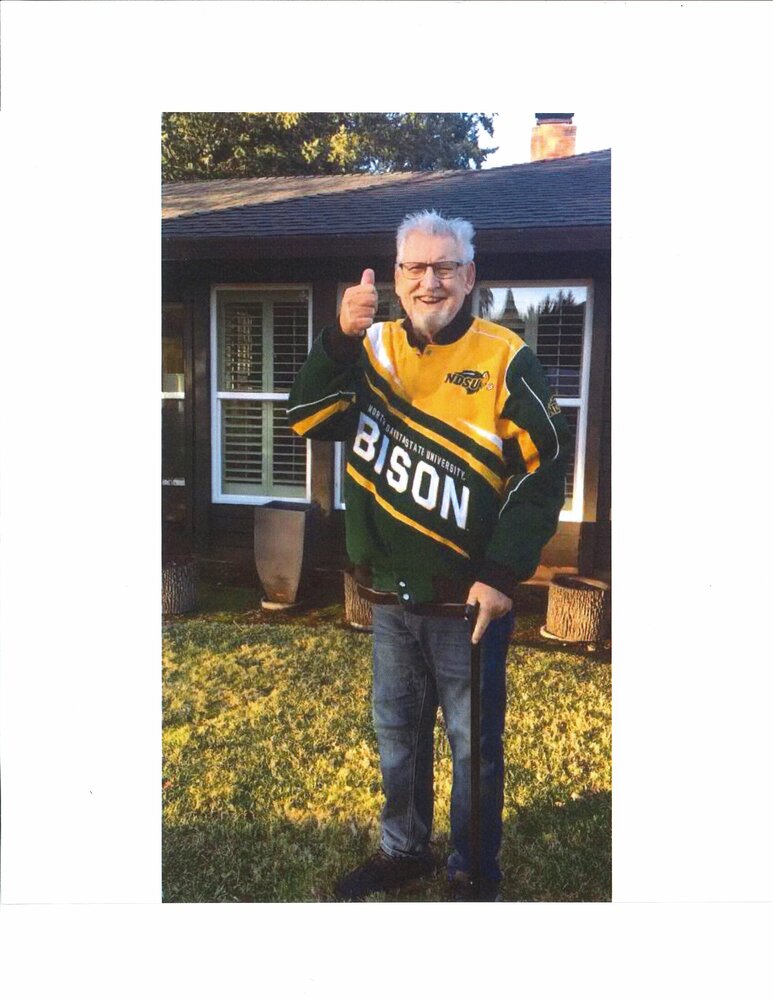 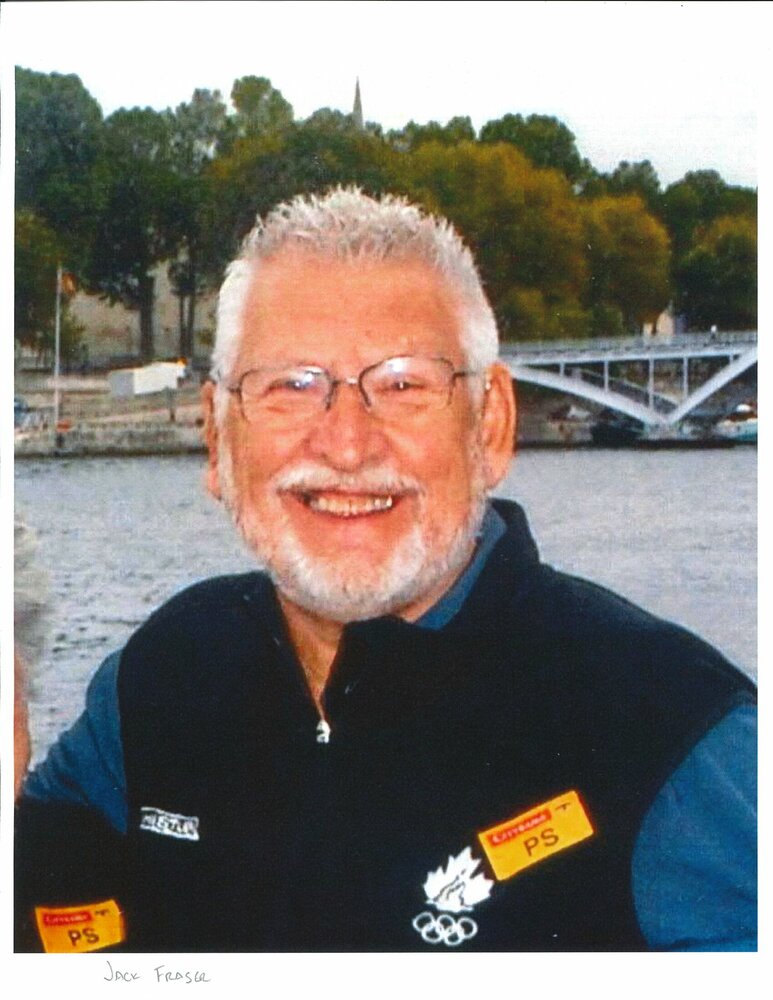 Jack moved to Bend, Oregon in 1958 in a new Buick Convertible. Behind the wheel was a man with a small North Dakota accent, a passion for adventure, and a profound respect for all walks of life.

“People make the world go around and most all people have good points about them, I try to dwell on that aspect, not on the negatives. I cannot always say I do this, but I keep trying.” -JF

Born in Rugby, North Dakota in 1935; the only son of Murray and Ida Fraser, who raised Jack with values of decency, hard work, laughter and kindness. The Fraser family moved to Warren, Minnesota when he was 5. Sunday and holiday family dinners included Grandparents, Uncles, Aunts and cousins with many stories often about their combined experiences of 150 years working for the Railroad.

Jack graduated from Pharmacy School at NDSU in 1958. All throughout his career he often mentioned how grateful he was for the comradery of Pharmacy “brothers” that turned into lifelong friends, who also migrated to Oregon. He loved his Pharmacy buddies, coworkers and customers immensely. Counseling his pharmacy patients was both meaningful and a great joy for Jack. He retired from Pharmacy at age 70 and was recognized and honored with a certificate for 50 Years of service.

When Jack married Peggy on New Year’s Eve, 2002, he was delighted that he could share with her four sons his enthusiasm and appetite for sports talk.

Hawaii was Jack’s favorite place to vacation so naturally it was the right location to spend their honeymoon. One evening after watching the sun dip gently into the horizon, not 60 seconds went by when Jack quickly stood up and briskly started folding up the chair to leave the beach because a Blazer game was on TV.

From Baseball, Flag football, Football, Basketball, Soccer, Golf and Competitive Dance, Jack loved it all. He was a huge advocate of all the nieces, nephews and grandkids’ sporting events and would routinely drop everything to attend and cheer loudly, rain or shine; he always showed up. He cheered both the NDSU Bison and the Oregon Ducks (Season tickets for 40 years) with a loud passion! It is an understatement to say he was an ardent sports fan.

Road trips to San Francisco to visit Peggy’s son Nicolas and to see the Ducks play the California Bears was an annual event for this passionate UO fan. He loved San Francisco for its reputation for fantastic food, diversity and natural beauty. Walking the Golden Gate Bridge end to end, touring the coast highway north to Point Reyes, and enjoying wild caught seafood from Scoma’s in the city were personal favorites.

When attending sporting events became too difficult, Peggy’s other three sons, Steve, Bill and Keith, always made sure Jack had appropriate assistance. Despite the extra steps needed to ensure his safety and comfort, his smile was always a mile wide. Steve and Jack had a Father’s Day ritual for the last 7 years to see the Mariners play over a long weekend in June. He very much looked forward to this road trip every year.

Jack and Peggy were extremely grateful for having a large beautiful home in Boring, Oregon that was perfect for hosting family gatherings any time of the year. If the sun was out you would find Jack on his favorite floating pool chair while working on his tan. He loved being in the water.

Jack lives on in the hearts of family and friends who cherished his warm friendship, his humor, and his keen intelligence. His infectious laugh, enormous smile, his albatross-sized wingspan of unconditional love and support will be greatly missed.

Jack requested to be cremated without a funeral; a private celebration of life is forthcoming

Share Your Memory of
Jack
Upload Your Memory View All Memories
Be the first to upload a memory!
Share A Memory
Send Flowers