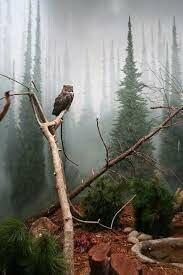 Koelby Richard Edlund, 37, of Canby, Oregon, died on May 25, 2022 in a tragic car accident near Diamond Lake while on a fishing trip with his dad.

He was born in Portland, Oregon, on April 3, 1985 to Rick and Kathy Riggs Edlund. While growing up in Canby, Koelby was especially close to his younger brother, Keaton. He graduated from Canby High School in 2003. At Oregon State University, he was a member of Alpha Tau Omega fraternity, played rugby, and received a bachelor’s degree in Creative Writing and Business. Koelby met his wife, Jessica Bauer, at OSU; they were married in Portland on March 24, 2007.

From 2007 until 2013, Koelby served on submarines in the US Navy (MM2). After discharge from the Navy, Koelby and Jessica, inspired by Jessica’s Grandpa Cliff, bought a S/V Tradewinds, a 53-foot steel cutter designed and built in New Zealand. Over the next year, setting sail from Seattle, they traveled to Mexico, Guatemala, El Salvador, Costa Rica, French Polynesia, Fiji, New Zealand, and Australia.

A natural entrepreneur, he successfully built Trailblazer Trucking from a single-truck operation to a fleet of ten trucks. Since 2014, Koelby also worked for the State of Oregon managing maintenance for four million square feet of state buildings. He was recently promoted to Administrator of the Tririga System of maintenance management for the state. Koelby was an avid Blazers and Beavers fan.

Koelby always lived life to the fullest, seizing adventures, embracing his dreams with zest, and finding reasons to laugh. No challenge was insurmountable. He was charismatic, genuine, and loved to be surrounded by people. Every stranger became a friend, and friends became family. He was an amazing husband and dad to his three young children; he loved his family fiercely. Along with his extended family, Koelby’s friends from high school and college remained an important part of his world. His death is heartbreaking to so many.

A Celebration of Life will be held for Koelby at Woodburn Country Club, AUDITORIUM from 5 to 8 P.M PT. on June 11th, 2022. In lieu of flowers we would love for you to keep the family in your thoughts and prayers.

To send flowers to the family or plant a tree in memory of Koelby Edlund, please visit Tribute Store
Saturday
11
June

Share Your Memory of
Koelby
Upload Your Memory View All Memories
Be the first to upload a memory!
Share A Memory
Send Flowers