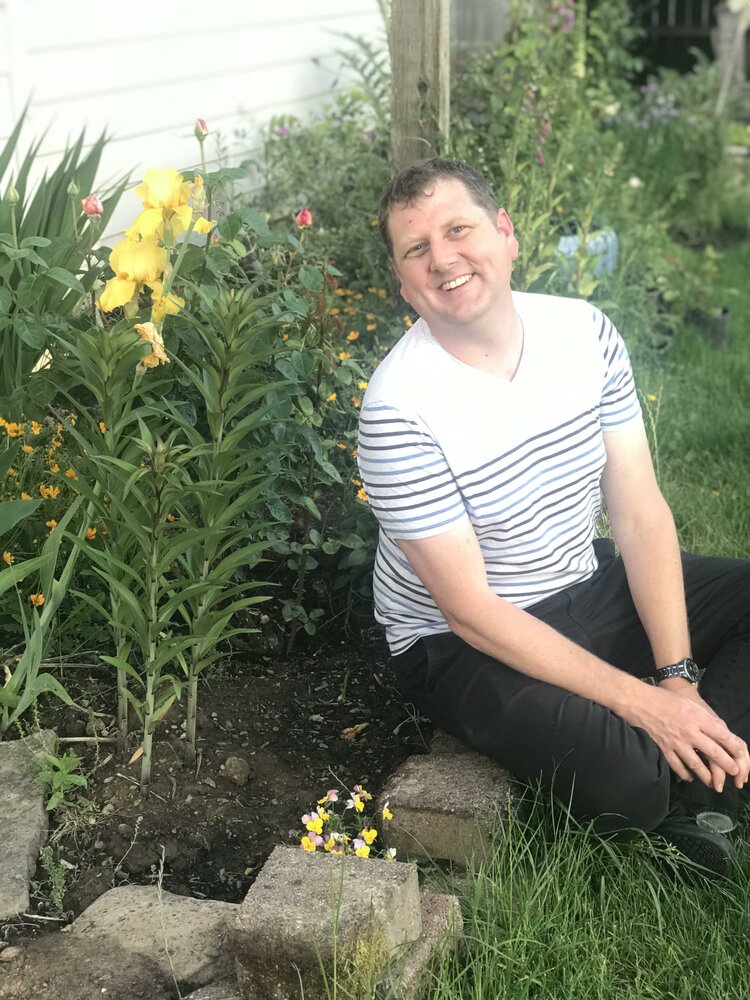 Erik Eugene Ash, beloved husband to Christina Ash and doting father to 8-year-old Juniper, passed away July 16, 2022. He was 46.

He was born June 17, 1976, in Salem, Oregon, to Cliff and Sue Ash. He grew up and lived in several cities, including Pendleton, Roseburg and Eugene before settling in Canby.

Erik was a loving, compassionate and kind person to all who knew him. He was everpresent in the moment and quick to laugh. His sense of humor was pervasive and his zest for life unforgetable.

Erik's love of learning was evident in all that he did. He earned a Bachelor of Arts in art history from Portland State Univsersity, and two Master's degrees from University of Oregon in Architecture and landscape architecture.

He always researched the right way to complete a project and was meticulous in excuting each task he set out to accomplish. He believed in education and instilled that in his daughter, always taking the time to teach her anything sh wanted to learn (and then some).

Erik had lots of different jobs over the years. As a teen, he bucked hay, and in college, he worked as a graduate teaching fellow and delivered bread to make ends meet. After graduation, he designed many lots and gardens before helping build a family-owned catering company with his wife and in-laws.

He loved to be outside and was an avid gardener, even learning the Latin names of most plants. He enjoyed spending his mornings drinking coffee and contemplating life while tending the garden and pruning his vast collection of bonsai trees. Many an abandoned coffee mug could be found in his garden, a trait he inherited from his loving mother, Susan Ash.

He loved to hike, camp, fish, swim, backpack and enjoy the country in which he loved. Erik and Christina fell in love going on road trips all over the United States, a tradition they had planned to continue into old age.

But his biggest passion in life was his family. He was devoted husband, father, brother and son. Family was the most important factor in every decision he made, including where he chose to live and work. Erik and Christina chose to settle and in and build their family in Canby to be close to his amazing supportive parents.

He will be greatly loved and will be dearly missed.

To send flowers to the family or plant a tree in memory of Erik Ash, please visit Tribute Store
Friday
5
August

Share Your Memory of
Erik
Upload Your Memory View All Memories
Be the first to upload a memory!
Share A Memory
Send Flowers