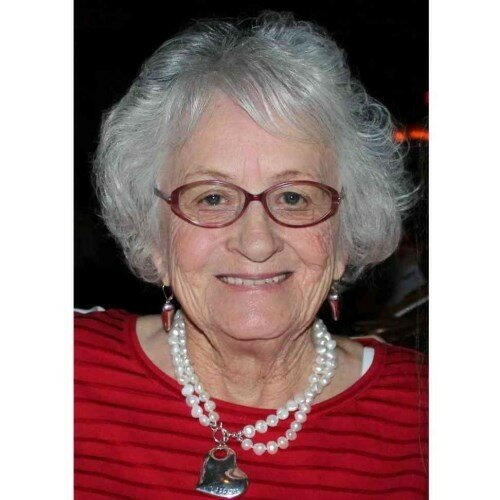 Katherine "Katie" Margaret Pitcher passed away in the company of her family at her daughter's home in Canby, Oregon on September 18th, 2022.

She was born in Lakeview, Oregon on October 31st, 1932. As the daughter of Irish immigrants, Hannah Guiney Cosgrove and Richard Cosgrove, Katie took pride in her Irish heritage. Growing up, she was a majorette and loved going to dances.

Katie moved to Klamath Falls to attend OIT. In Klamath she also met the love of her life, Richard "Dick" Pitcher. They got married in 1954 and started a family shortly after. Katie was a supportive mother who never criticized her children nor her grandchildren.

She worked as a secretary in Klamath County Schools for over 30 years, including many years at Brixner Junior High, where a perk of the job was having some of her kids and grandkids as students.

Dick passed away in 1986 and Katie never remarried. She enjoyed a full life in retirement, volunteering with the Democratic Party and hospital guild, participating in Beta Sigma Phi Sorority Omicron Chapter, avidly following the news on MSNBC, playing her regular game of pinochle with the same group of friends, and traveling as much as possible-including trips to Ireland, Hawaii, New York City, Las Vegas, and Aruba. No matter the destination, she loved people-watching over a glass of chardonnay.

Katie was devoted to her friends and family and made a point of being present for the milestones in the lives of her loved ones. She will be greatly missed. She is survived by her daughters Patti Gish (Stan), Pam Buckley (Tom), Kristie Vashaw (Mike), Norma Mathis (John), sister JoAnna O'Sullivan, eight grandchildren, and six great-grandchildren. She was preceded in death by her parents, husband, son Steven Pitcher, sister Julia Vinoski, sister Noreen Swingle, brother Patrick Cosgrove, and many beloved pets.

The memorial service will be held at 11am on Wednesday, September 28th at St. Pius Catholic Church, 4880 Bristol Ave, Klamath Falls, OR 97603. Donations can be made to St. Jude Children's Research Hospital in Katherine's name.

To send flowers to the family or plant a tree in memory of Katie Pitcher, please visit Tribute Store
Wednesday
28
September

Share Your Memory of
Katie
Upload Your Memory View All Memories
Be the first to upload a memory!
Share A Memory
Send Flowers