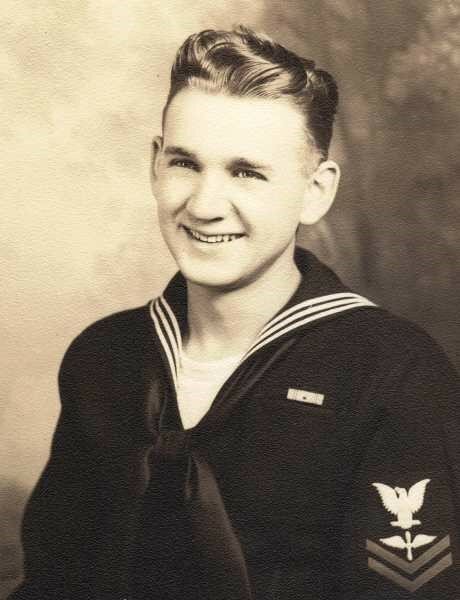 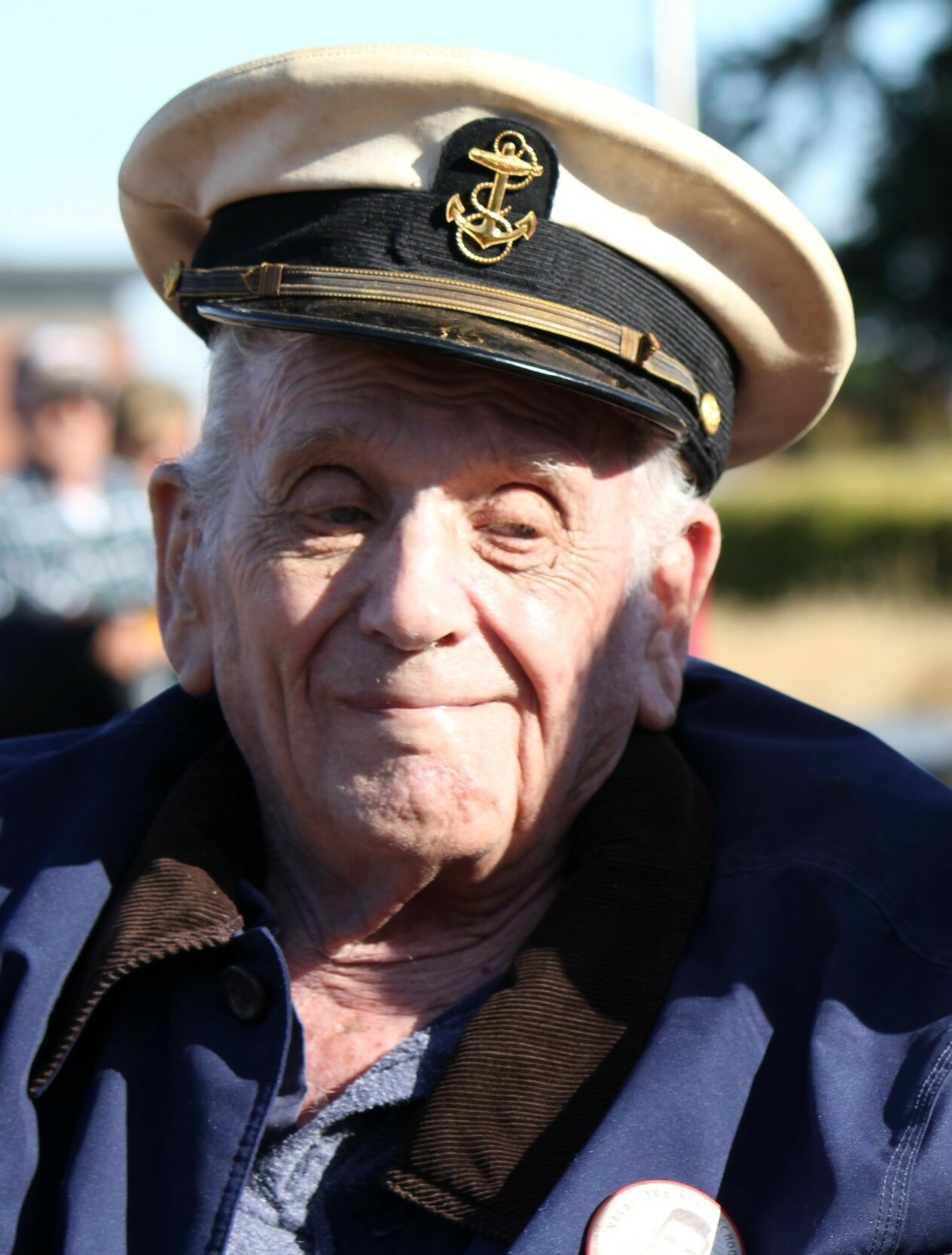 Here is his story:

At 102, Canby Resident and WWII Navy may have been the oldest World War II veteran in Oregon.

Trumm served as an aviation machinist in the United States Navy for four years, from 1941 to 1945, stationed on the strategically significant island of Guadalcanal at Henderson Field.

Originally built by the Japanese Empire, Henderson was one of the Allied Forces’ first major victories in the Pacific theater — and the Japanese fought fiercely in several attempts to regain it.

It was the site of three major land battles, seven large naval battles and near-daily aerial battles, finally culminating in the decisive Naval Battle of Guadalcanal in November 1942, which marked the last Japanese attempt to bomb Henderson Field or land enough ground troops to reclaim it.

Trumm grew up and attended school in Salem. It was in high school that classmate Mary “Marie” Nelke first caught Trumm’s eye. Their two families also attended church together at St. Joseph Parish in Salem.

They were smitten with each other soon after.

Trumm impressed Marie at a Catholic Youth Organization (CYO) event one night, when he came in to help with dishes at a time when most men didn’t do that sort of thing.

He has spent much of his life making a habit of surprising people and doing things that others said he couldn’t do.

Bill and Marie wrote many love letters to each other as their courtship continued throughout the ordeal, some of which survive to this day, more than three-quarters of a century later.

Trumm returned home after the war ended and he and Marie were soon married, exchanging their vows on Nov. 28, 1945, at St. Joseph Church in Salem.

The Trumms built their first house together on Wallace Road in south Salem, and in 1955 took home the first of their three girls — Diane Stetzel of Salem, Karen Hunt of Canby and Susan Trumm of Medford — all adopted through Catholic Charities.

Bill Trumm and his daughter Karen share a moment on Veterans Day 2019 at the Vietnam Era Veterans’ Memorial in Canby.

Trumm tried his hand at farming but spent most of his career as a claims investigator for the SAIF Corporation, a large provider of worker’s compensation insurance. He retired in 1977 and moved from his farm in Oregon City to Canby.

His lifelong passion for flying led him to join the Experimental Aircraft Association, an international organization of aviation enthusiasts with more than 200,000 members worldwide. He was a recreational pilot and built five airplanes for his own personal use.

When his daughter Karen took him to get his driver license renewed at age 92, she joked that it meant he had to live at least another eight years until the license expired. He did just that, celebrating his 100th birthday surrounded by family, friends and community members at a party at the Antonia Ballroom above the Backstop Bar & Grill in February 2020.

And three years ago, when Trumm experienced a leg amputation resulting from a circulatory problem, he successfully learned to walk on a prosthetic — despite the conventional medical wisdom that said he was far too old.

Sadly, Marie passed away on July 4, 2020, just a few months before the couple would have celebrated their 75th anniversary.

Bill was laid to rest at Willamette National Cemetery on Tuesday September 27, 2022 at 1:00pm.

To send flowers to the family or plant a tree in memory of Bill Trumm, please visit Tribute Store
Saturday
17
September

Share Your Memory of
Bill
Upload Your Memory View All Memories
Be the first to upload a memory!
Share A Memory
Send Flowers